Over 13m households forced to ration their energy use this winter

Over 13m households forced to ration their energy use this winter

According to a recent survey 13.6m* households in Britain are planning to ration their energy use this winter. The research, commissioned by Gocompare.com Energy, found that 32% of homeowners will have to actively manage the amount of heating they use this winter, with one in 10 worried about how they will pay their fuels bills and 7% expecting to make cutbacks elsewhere to be able to afford to heat their homes. 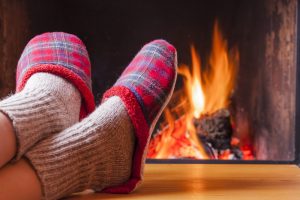 Over three quarters (77%) of homeowners will take steps to ration the amount of energy they use this winter. Energy saving tactics will include leaving it as long as possible before turning on the central heating, leaving rooms unheated and reducing the use of energy-hungry appliances.

However, the survey also revealed that many homeowners are missing the opportunity to slash £100s off their gas and electricity bills by not shopping around for their energy. Nearly a third (30%) said they hadn’t changed supplier for three years or more, while 17% admitted they had never switched energy supplier.

Ways that homeowners will reduce the amount of energy they use this winter include:

To combat the cold, just under a third (32%) of those surveyed, plan to snuggle up under blankets and duvets around the house, 24% will fill a hot water bottle and 12% will dig out their thermal underwear. To keep warm in bed, 38% will sleep in pyjamas or other sleepwear, a quarter will keep cold feet at bay with bed socks, while 11% say they will be forced to wear items of clothing to bed.

What many of these homeowners don’t know is that the average home loses around 4% of household heat through an open chimney – leading to unnecessary energy usage and an cold draughts indoors. There’s a great product on the market, made of a thick layer of felted UK Wool on a handle, that lodges in the throat of the chimney and effectively “closes” the open gap. Appropriately enough, it is called a Chimney Sheep®.

Starting at just £16.00, The Chimney Sheep is available in nine different sizes, available from various online stores, including www.chimneysheep.co.uk, Amazon, and B & Q’s website www.DIY.com