When I moved into my Victorian terraced house, I did two things. I opened up a couple of chimneys, and went about the place blocking draughts. I soon realised that I had created a massive hole through which all my warm air was being sucked out. While stuffing old clothes in to stop the heat escaping, I couldn’t help but think that there had to be an easier way. I searched for “draught excluders for chimneys” online, but there was nothing that could easily be pushed in and taken out again when the fire was needed. I then searched for “draft stoppers for chimneys”, with similar negative results.

In the meantime, I knew farmers who had barns full of wool they couldn’t give away, and an idea was born….I had heard about the insulation properties of wool, and that it was naturally fire retardant. I tried stuffing handfuls of the stuff up my chimney, but it just fell out. After a bit more pondering, I realised I had to learn how to make felt. Pretty soon I had worked out how to make thick felt discs of wool, and to my great satisfaction, they wedged into the chimney flue just as I had envisaged. The next thing was to think about a handle. 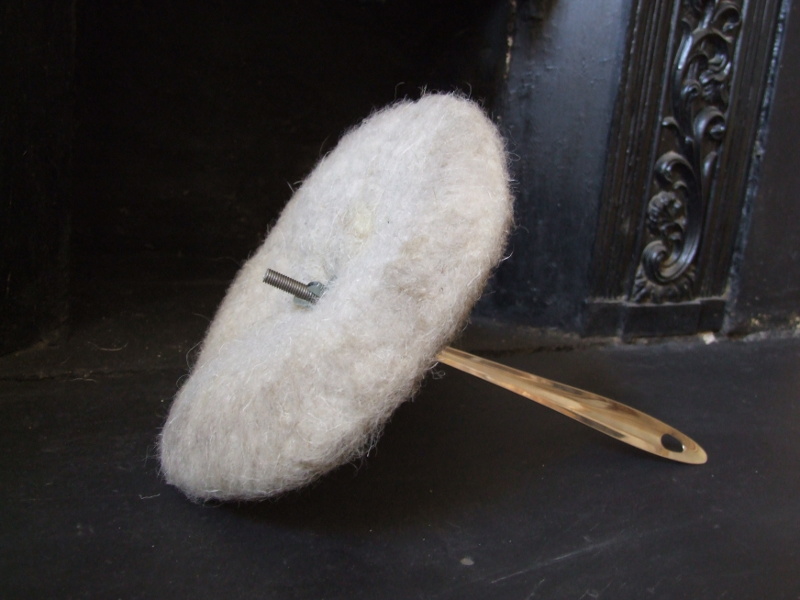 I showed it to some helpful people at Lancaster University, who set me on the path of plastic handle with clamp mechanism. This went through several stages of evolution to the design that has finally been tried and tested and found to work.

It all sounds easy, but it has taken 2 ½ years to get from idea to product. But, at last, here it is: the Chimney Sheep™ ready willing and able to save heat from being lost across the nation!