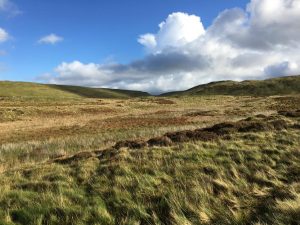 Hi everyone! Since our last Buy Land Plant Trees update, lot of exciting stuff has been going on, so I thought it was about time I gave you another update! With everything else that is going on at the moment and many of us in the position where we aren’t going to be enjoying the Christmas’s we’d planned, I thought it might be a nice change of pace for you to read about what we’ve been up to with our Buy Land Plant Trees project.

It has been all systems go with our 13-acre field, which is the one I was telling you all about last time I wrote. Very excitingly…WE GOT THE GRANT!

This means that we’ve got the go-ahead to plant our trees in the Miyawaki Method we’d planned. Hooray! Since we’ve had the good news, I haven’t wanted to waste any time, so we’ve been busy prepping the ground ready for planting the trees. We’ve also had an ecological survey done on the field to ensure we plant the trees in the right places and have identified some really amazing plant communities we are going to retain. We’ve found orchids growing in some places and purple moor grass, both of which will be left to flourish.

We’ve got lots of different types of trees going into the field which we are really excited about planting. For example, in the wetter areas of the field, we’ve got trees such as willow, alder and alder buckthorn being planted as they love the wetter ground. The planting will start this month and hopefully be finished by the end of March so we aren’t messing around!

The first field we ever bought, Sally’s Wood (which is a seven-acre field, not too far from the 13-acre field), has had some generous donations recently made by two local Cumbrian organisations. A donation from Workington Transport Heritage Trust and a donation from Make it Matter, which has been raised by making and selling fabric facemasks. These donations combined are enough to buy another 2,000 trees, which will be planted in Sally’s Wood this month! We have some fantastic drone footage of the field, which you can view here so you can have a look at how much natural vegetation has grown. It is really starting to come on.

This footage came from some work we did with ITV Border in relation to Storm Desmond and natural flood prevention. You can watch the full news report here. We were rather chuffed to be included and it just goes to show what we can do to create flood prevention naturally.

And finally, perhaps the most exciting news of all…we have bought another piece of land! This one is a rather big one. 100 ACRES! Yes, you read that right. I still get butterflies when I read it too. This piece of land is actually part of Low Fell near Loweswater in Cumbria and has public footpaths on it, so, if you are ever in the Lake District or live locally, you can come and visit if you fancy. 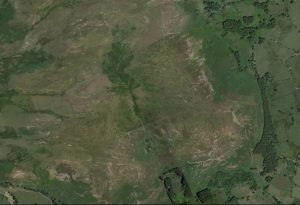 The area we have bought is already in a higher-level stewardship scheme for moorland restoration until 2023. In fact, you may see the boundary of the land in the birds-eye shot to the left, due to the heather and gorse that is already growing back which is wonderful to see! We will be ensuring that we keep to the goals of the stewardship scheme and even accelerate them if we can, sensitively restoring the area to a more diverse mosaic of habitat types.  It is early days, and we have lots of ideas about what we can do with the (rather large!) piece of land. We’re keen to promote agroforestry (more trees), natural flood prevention, more nature, plus livestock because of course, we need a lot of Herdwick fleeces!

That’s all for now. We’ll, of course, keep you updated on the progress we make on all our fields as we go into the new year. I just wanted to say a big thank you for all of your support this year. Every purchase you make with Chimney Sheep, big or small, helps Buy Land Plant Trees to happen and grow (quite literally). It is as much yours as it is ours!

Have a lovely Christmas, 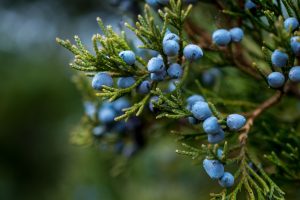 – Juniper is a slow-growing evergreen shrub/small tree in the cypress, or Cupressaceae, family.

– It is one of the only three native coniferous trees and with its fleshy, purple berries, it certainly brightens up the winter months! You are most likely to know about Juniper through its connection with gin as the oil obtained from its berries is used for flavouring the spirit (yum!).

– It displays several different growth forms, which vary from erect and columnar to bushy, spreading or mat-forming and shrublike. Juniper is unusual as it is able to grow on both acid and alkaline soils.

–  The foliage consists of small blue-green needles which are up to 1 cm long and have a broad white stripe, or stomatal band, on their inside surface. The needles grow in alternating whorls of three on the twigs and are prickly to the touch. The bark is brown on young plants, but turns grey as it gets older, and is shed in thin strips.

– Bushes live on average for about 100-120 years! The oldest recorded juniper in the UK was aged at 255 years, based on counting the annual growth rings.

– Common juniper is really beneficial to UK wildlife as it provides dense cover for nesting birds, such as the and firecrest, and, in northern upland areas, the black grouse. It is also the food plant for caterpillars of many species of moth, including the juniper carpet moth, juniper pug and chestnut-coloured carpet. A number of birds eat the fruit, including the fieldfare, song thrush, mistle thrush and ring ouzel.

– In Britain, there has been a substantial decline in both the distribution of juniper and the size of juniper colonies, particularly in England. As a result, juniper is now the subject of a Biodiversity Action Plan (BAP). As part of the moorland restoration at Low Fell, our plan is to plant lots of juniper!

– So, this year whilst you are sipping on your Christmas G&T you will now be able to talk about how wonderful and fascinating Juniper is to your loved ones, whether you are with them in person or not. Cheers!