As you may know – Chimney Sheep LTD has been around for several years. We celebrated our fifth birthday in 2017, making us 7 YEARS OLD!

Throughout the years we’ve featured in many different press releases, ranging from magazine articles, online write-ups; even FRONT PAGE NEWS.

Here we’ve included some snippets – telling the story of Chimney Sheep LTD and how we’ve got to where we are now!

This lovely feature in our local Times & Star gave a great summary on how Chimney Sheep began – a great story to celebrate the opening of our brand new business!

When Sally moved into her Victorian era home in the Lake District – she soon realised that there was a large amount of heat being lost from her home – despite new and improved insulation measures… She soon narrowed the culprit down to her the chimney, it was drawing a significant amount of hot air up and out of the house – making the brand new heat saving measures almost redundant.

The Herdwick fleece provided a great balance between density, toughness, and flexibility meaning it held itself inside the chimney – squashing itself into place while still maintaining its integrity.

The Chimney Sheep was Born! 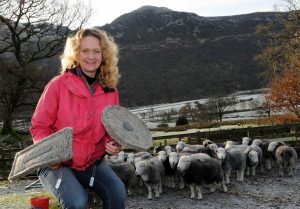 Not such a baaaad idea: Woollen chimney draft excluder business is starting to warm up!

A great article in the Daily Mail telling the story of how the Chimney Sheep came to be – including some of our first challenges and successes as a business!

Every business start up requires funding – unfortunately Chimney Sheep was unable to acquire funding via the usual routes – we were denied by corporate lenders meaning we had to raise the funding through other means.

Sally was able to obtain the funding using family savings and a helpful grant from Rural England. 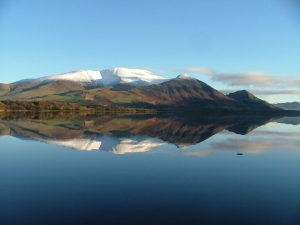 After spending years testing prototypes the Chimney Sheep was brought to market in late 2012 – we recieved brilliant feedback from all our customers in the first few sales.

Our first customer, Ruth Carroll gave us this brilliant review:  ”It’s just what we need for my daughter’s bedroom.” ”We never use the fire but it’s a lovely feature in her room so we wanted to keep it.” ”However we were aware that such a lot of heat from the central heating is lost up the chimney, also because it’s an old chimney a lot of dust and debris falls down.” ”The Sheep squashes in to fit the gap perfectly- Thank you Sally!”

So much so that a couple of months after the start of Chimney Sheep sales we were able to secure our first supplier – a fireplace shop in Ireland – a big win for such a small start up!