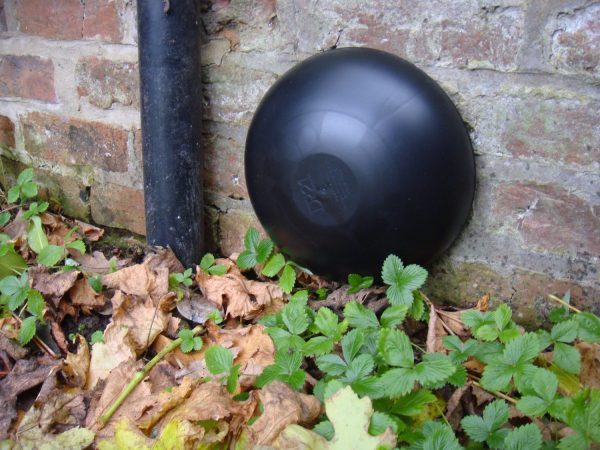 The DR21 air vent cover fits easily in place of louvred air vents and prevents annoying draughts from blowing through into your home.

We get a lot of customers complaining about the draught that comes through air vents. The air vent is there to provide enough oxygen for your appliances when they are burning fuel. If they don’t get enough oxygen they produce carbon monoxide which is a killer. So the air vent is pretty useful when you’ve got a fire lit. But what about all the rest of the time, when the fire isn’t lit and there’s still a howling gale blowing through? Wouldn’t it be great to have something that restricted the air flow and prevented those annoying draughts? Ta daaa! We introduce the DR21, invented by David Gattie, a stove fitter with customers putting just such a complaint to him on a regular basis.

It is easily fitted onto the outside wall in place of the existing vent. There are no moving parts, just a clever design inside that zigzags the air, slowing it down, so it doesn’t rush in through the vent. If a greater amount of air is needed because the appliance is burning, the air can come in as fast as it likes, and if the appliance isn’t lit the air will just trickle in giving you just the amount of ventilation you need.

How does the DR21 air vent cover work?

A standard louvered vent basically lets air blow straight through the wall. The DR21 disrupts the airflow so that it can’t just blow straight in. However as soon as you light your fire and need more air for it to burn efficiently, the air will travel through the DR21 more quickly. Have a look at this demonstration video to see how it works. 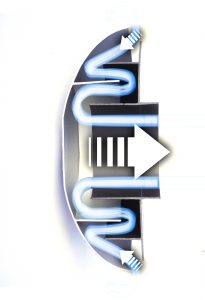 How do you fit the DR21 air vent cover?

If there’s already a hole drilled through with a louvred vent fitted, it’s really easy. Simply remove the louvered vent, drill holes for the back plate of the DR21, fix the back plate to the wall, pop in some adhesive and fix in the top plate. Have a look at this video for a demonstration.

If you’re just about to have a wood burning stove fitted then it’s likely the installer will need to drill a hole in the wall behind the stove in order to create sufficient ventilation. In that case show him or her your DR21 that you’ve just purchased and ask them to fit that instead of the standard louvred grille they were just about to put in place for you.

You can see the full instructions that come with the DR21 air vent cover here: DR21 Fitting Instructions

Why do we need vents?

All appliances that burn with a flame, including gas stoves, gas fires, boilers and wood burning stoves, need air as part of the combustion process. It is the reaction of oxygen with fuel that creates heat. Just as we need air to breathe and generate our own energy, so too does fire. And it needs a surprising amount of air in order to do this. Air contains just 20% oxygen so a lot of air is needed to supply what’s required. Older houses were built with little insulation and ill fitting windows, so basically had vents as part of the fabric of the structure. As buildings have become more air tight, or as insulation measures have been retro-fitted, it’s very important to make sure that all appliances that burn have a good enough air supply. If a fire doesn’t get a good enough supply of air it won’t burn properly and will produce carbon monoxide.

What is carbon monoxide?

What are the symptoms of carbon monoxide poisoning?

What should I consider when choosing a carbon monoxide detector?

We’ve done a bit of research into this. Which? tested a number of carbon monoxide detectors and found that a worrying number didn’t even work. Others didn’t work very well. It’s worth paying a bit more for a branded one which is reliable. The cheaper ones need batteries replacing every so often. The more expensive ones have integral batteries that don’t need changing for the lifetime of the product, which is 10 years. It’s pointless having one that simply changes colour because appliances can generate carbon monoxide while you’re asleep and you want one with a good loud alarm that will wake you up and alert you to the danger. Because we want our customers to be safe as well as draught-free we’ve added a carbon monoxide detector to our range. If you haven’t got one pop one in your shopping cart – it could be a life-saver!