I really don’t understand why the issue of heat loss up chimneys is not more high profile. Fortunes are spent on loft and cavity wall insulation, double glazing and exterior cladding. Yet having an open flue is like leaving a window open all the time. Worse than that, because chimneys are designed to draw air out of a building.

I go on about the stack effect on the home page, but have you tried it? 40 cubic metres of air lost an hour is not the maximum, it’s the typical amount.

Lots of lovely customers have been taking the trouble to stick their heads up their chimneys and measure them to order made-to-measure sheep, and I’ve been shocked at the size of some of the flues out there.

There are several that are 2 – 3 feet (up to a metre) long and over a foot wide. In fact, I am developing a new size of sheep to cater for these flues. But going back to the stack calculator, if it’s 23°C indoors, and 5°C outdoors, and the open fireplace is on the ground floor of a typical Victorian terrace with first floor and attic, then 1197 cubic feet of air is lost per minute.

That seems like such a lot I couldn’t believe it, I even got in touch with an expert to check what CFM stood for (apart from being a popular radio station) and he confirmed that it was short for Cubic Feet per Minute. 1197 cubic feet! Up your chimney! Per minute! 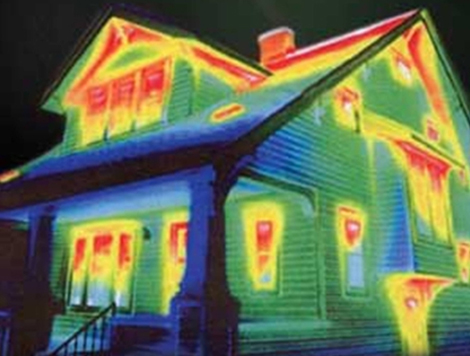 Well, what is gratifying is that lots of people have got back to me and said that they have noticed an immediate difference after sticking a sheep in their chimney. But what is worrying is that there are millions of open flues out there wasting that much warmth / carbon / money. Obviously I would prefer people to use chimney sheeps (still haven’t decided on the plural of the product yet!) but I’d prefer people to use chimney balloons, fire genies, chimney snugs or plain old pillows rather than waste all that energy.

I think part of the problem is that these products are referred to as draught excluders. In people’s minds these are associated with sausage dog door draught excluders and the annoying sticky foam stuff you put round your door frame. If they were referred to as chimney insulators, then the concept is introduced of a product that doesn’t just stop draughts, but also significantly prevents heat loss up chimneys.

So, that’s the mission: not just to promote my chimney sheeps, but to raise the profile of all chimney insulation products. Chimneys waste heat: pass it on!