Bats down your chimney?

Home / Blog / Bats down your chimney?

Bats down your chimney?

Bats are having a tough time this summer. They have highly refined echolocation, which means that they can exploit a niche and forage at night. They have hardly any competition for food and hardly any predators (just tawny owls, mostly). The heavy rain this summer has created problems for them though.

They might emerge from their roosts and have a bit of a feed, then a heavy downpour comes and they have to dash to shelter. If the rain sets in for the night then they have to stay put, and I get a flurry of phone calls the next morning from people finding bats in all kinds of places. Clinging to outside walls. In hanging baskets. In a porch. In a taxi, once. And so many dive down the nearest chimney. Once in, they start exploring it for a new roost and pretty soon they’re out on the hearth, a bit sooty and confused, and start flying around the room trying to remember the way out. Not only does a Chimney Sheep™ keep the warmth in your home, it keeps the wildlife out. Please don’t use it if you’ve got a smooth metal flue liner as you will end up with a pile of dead bats on top of the Sheep. However if has a surface bats can grip (brick / lime / concrete / stone) then any bats that pop in can rest awhile then climb out and be off after more insects.

(It’s not recommended to use a Chimney Sheep to prevent pigeons and other birds from getting in, as they will not be able to fly or crawl back out, and will just die. If there’s a problem with birds or their nesting material falling down the chimney then it’s recommended to get a bird cowl).

As I said, the poor weather is taking its toll on the bats. I heard of a bat being seen out foraging in broad daylight one afternoon. I often hear about bats feeding in daylight in the spring, when they emerge hungry from hibernation and it’s still too cold at night for them to feed. However at that time the swallows haven’t turned up yet. This poor bat out on a summer afternoon was badly mobbed by swallows and plummeted to the ground.

It was rescued by a fellow who put it on a bird table out of the way of predatory cats. It fell off the table a couple of times in its attempts to fly off, but must have been injured and wasn’t able to fly properly. It was put back on the table each time, to give it another chance to fly away. The third time the fellow came to check on it, it had fallen off the table again. If you are of a squeamish disposition stop reading now.

How much worse could the bat’s day get?

It was gobbled up by a hedgehog. 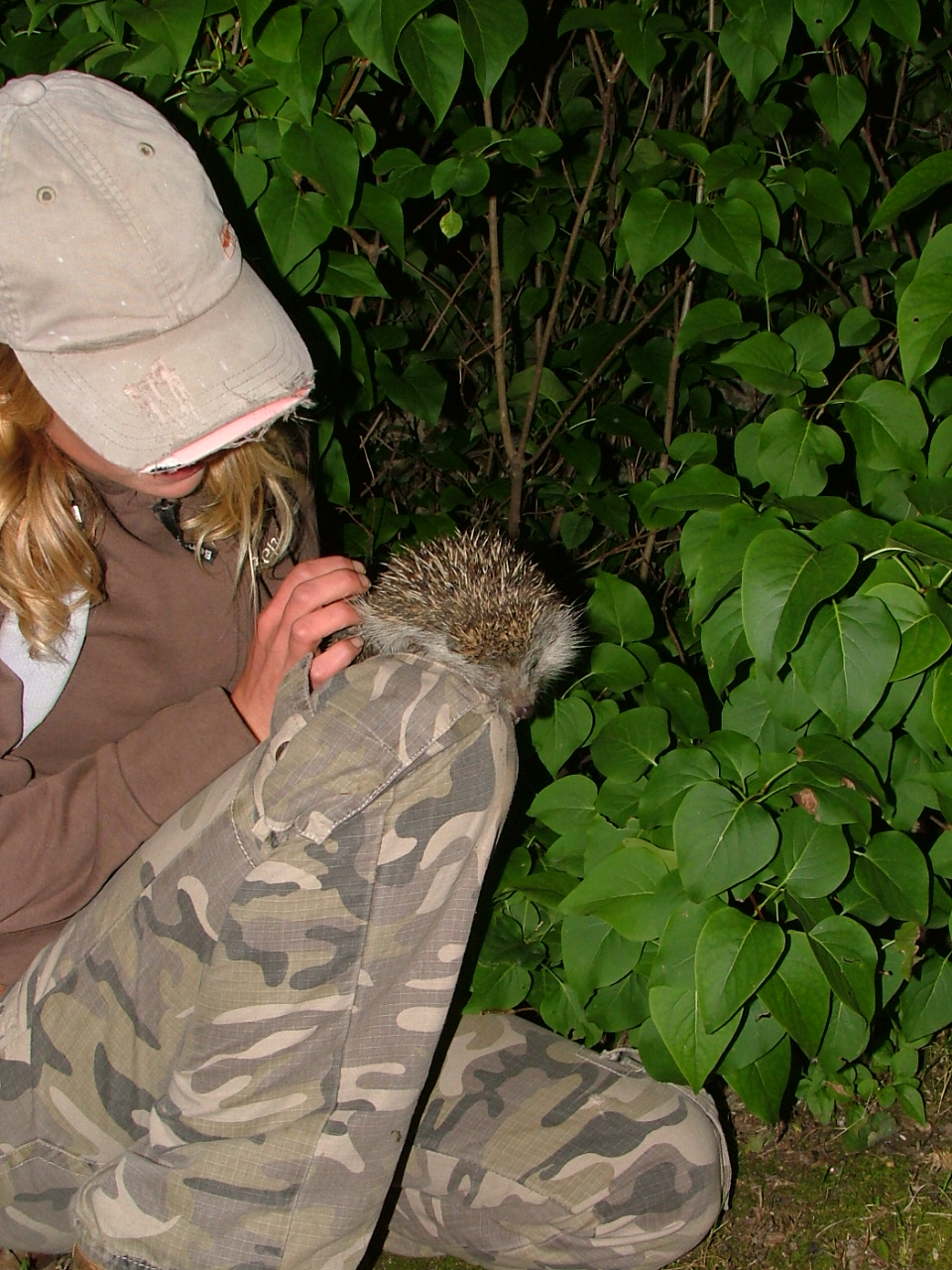